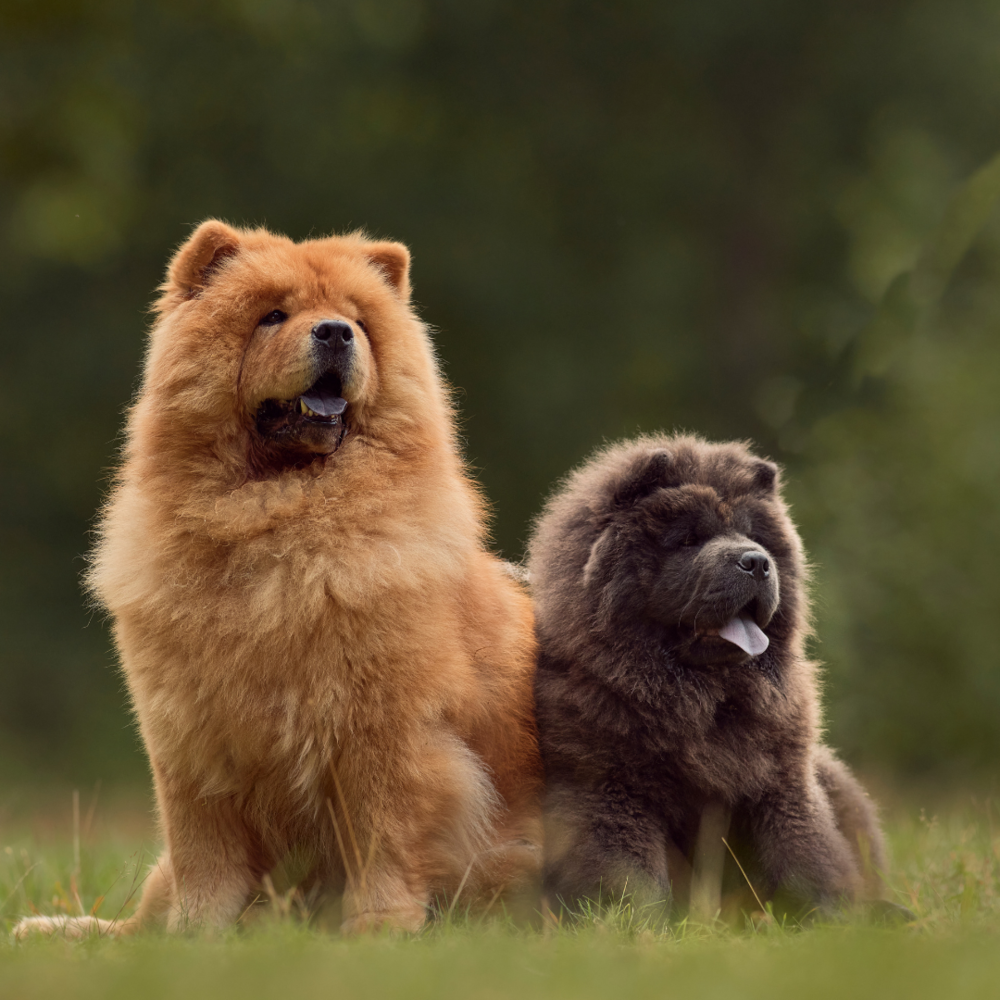 About the Chow Chow

Chow Chows are compact yet powerful dogs with a lion’s-mane around their head and shoulders, a distinct blue or black tongue, small eyes, and a snobbish, but adorable expression. This beautiful dog may come in different coats of red, black, blue, cinnamon, or even cream.
The Chow Chow are very clean dogs who have little odor and are known to be just like cats. Chows, are very dignified and refined dogs are not aggressive if socialized correctly. Just like any other dog breed, aggressiveness stems from poor household socialization. Any dog can be aggressive or dangerous. Although some may encounter aggressive Chows, it owner is to blame, not the dog.
Overall, Chows are easy to love, loyal to their fur parents, and don’t require a special exercise regiment making them adaptable for city life. The Chow Chow can be great with kids and are great household pets.

The Chow Chow is one of the oldest dog breeds and can be found in artifacts of China’s Han Dynasty (206 B.C.), but may even be older. Chows were known to be the loyal companions to Chinese nobility. At some point in history, a Tang Dynasty emperor had a kennel that housed 5,000 Chows and had a staff of over 10,000 to care for these precious dogs. Despite being dogs of nobility, Chows are also known as guardians, haulers, and hunters.

A more popular explanation of the breed name concerns 18th-century trading ships of the British Empire. At that time, the pidgin-English expression “chow chow” described the small, miscellaneous items within a ship’s cargo that weren’t itemized. “Chow chow” was simply another way of saying “etcetera,” and the odd-looking dogs British traders acquired in China were included on the ship’s manifest under the catchall “chow chow.”

Both the rough and smooth-coated Chows have a profuse double coat and require regular grooming. Chows have a double coat and will require regular grooming. Monthly bath and thoroughly bi-weekly brushing will maintain a healthy skin and coat for your Chow. Since they have thicker coats, be sure to check for fleas and ticks. If you need a solution for your flea or tick issues, we also carry flea collars, but we strongly recommend physically checking for those nasty parasites. Don’t forget to include their eyes, nose, and nails for your regular grooming routine.

Health issues for the Chow Chow may include eyelid entropion, hip dysplasia, elbow dysplasia, allergies, and thyroid function. These issues may be minimized by health screening, responsible breeding, and regular health care and can be diagnosed and managed with veterinary care. Extensive and detailed information on the breed’s health can be found on the website of the Chow Chow Club, Inc.