About the Shih Tzu

Shih Tzu (pronounced in the West “sheet-su” or “sher-zer” by the Chinese), is a breed well loved by Filipinos. The cute and loving breed is very affectionate to both their fur parents and children. The Shih Tzu was originally bred to spend most of their days inside royal palaces. They are suitable for small homes, apartments, or houses without a yard. This breed enjoy being cute and lounge around with their fur parent making this the ideal breed for new or inexperienced dog owners.
The Shih Tzu was bred to be a house companion and require minimal exercise compared to other smaller breeds. Short daily walks and light indoor playtime should suffice. 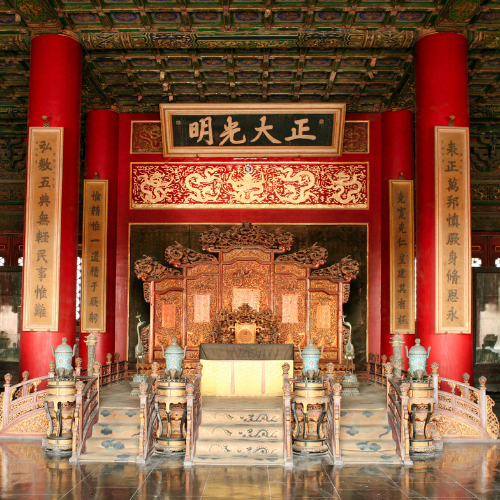 The adorable Shih Tzu, which means “Lion Dog”, was originally bred by Imperial Breeders for the Chinese Empress Tzu Hsi. The breed originated in Tibet as a crossbreed between a Lhaso Apso and the Pekingese. For hundreds of years (even dating back to 2000 years), the Shih Tzu has lived a life of royalty as a lap dog to powerful Emperors and their families. After the 1930s, the breed was introduce to beyond the walls of China and entered other nations.

Holy pets of the palace

"Called Shih-tzu Kou in traditional Chinese, which literally means “Lion Dog,” the breed’s lion-like facial features were revered in Imperial courts because Buddha was said to have ridden to earth on the back of a lion.

During the Ming and Manchu Dynasties, the little lion dogs were bred and raised by palace eunuchs and were considered the exclusive property of the royal court. They were rarely seen outside the palaces and anyone caught owning one could be sentenced to death.

These thickly coated Shih Tzus were sometimes carried inside the robes of noble women and were even used as bed warmers and placed at the feet of the emperors and empresses to generate heat."

If you own a Shih Tzu, you definitely own a breed bred for Chinese royalty.

A Shih Tzu with a long coat requires daily brushing. Use a good-quality wire brush with flexible pins, and layer the hair to be sure you reach to the skin. A bath about every three or four weeks will help to keep the coat clean and at its best. Remember to comb the mustache and topknot daily, and gently clean the corner of the eyes with a damp cloth. To protect the Shih Tzu’s eyes from being irritated, the hair on the top of the head should be trimmed short or tied up into a topknot. If you don’t want to have to spend time on your dog’s coat, the Shih Tzu can look adorable when clipped into a “puppy trim” by a professional groomer. Trimming nails and cleaning ears should be part of the Shih Tzu’s grooming routine.

Fun Facts by the AKC.

They Are Also Called “Chrysanthemum-Faced Dogs”

Shih Tzu are called “chrysanthemum-faced dogs” because the hair on their faces grows in every direction. Shih Tzu owners who keep their dogs clipped short know all too well that not much time goes by before a Shih Tzu’s hair grows up from her snout and in front of her eyes.

Because their numbers dwindled down to almost nothing during the first half of the 20th century, every Shih Tzu alive today can be traced to one of 14 dogs — seven males and seven females — that were used to rebuild the breed.


Many Celebrities Have Owned Shih Tzu

Since the Shih Tzu is one of the most popular dog breeds, it’s no surprise that many stars have owned them. Celebrity owners of Shih Tzu include Nicole Richie, Mariah Carey, Beyoncé, Colin Farell, Bill Gates, and even Queen Elizabeth II.

Given the long flowing coats of Shih Tzu show dogs, we tend to think of this breed as more glamorous than sporty. But underneath that gorgeous coat is a muscular body that can perform well in agility. Many Shih Tzu have won agility competitions. In 2014, a Shih Tzu became the first of his breed to win both a champion title and an agility title.